Around two million people live in a small area of this world called the Gaza Strip. Gaza is actually a part of Palestine, and even though I am from Palestine, when someone asks me where I’m from, I say I am from Gaza. This is because to me, Gaza is home. After all, most people living in Gaza have never visited any other parts of Palestine – they are not allowed to without Israeli permission.

A year ago, I got a chance to go outside of the Gaza Strip to see Palestine for the first time in my life. I had mixed feelings and why wouldn’t I? I knew I was born in Palestine but I had never gone out to see the country. The arrangement that allows these restrictions is complex, both historically and politically. It is not easy to explain them to outsiders who don’t know about Palestine. Even many Palestinians do not understand the complexity of historical Palestine, Israel, Gaza Strip, West Bank, Jerusalem and the myriad issues that cloud the Israel-Palestine conflict.

Perhaps that is why in our 12 years of school life we were not taught about the history of Palestine. Instead we studied the history of Egypt because Gaza was under Egyptian rule. But now things have changed. People have started to look back at their history; they want to learn about the roots of this conflict. I am proud to see the increasing level of awareness among the youth who are trying to make a change in society in the name of Palestine, and advocating for the Palestinian cause – a free motherland where we’ll not need permission to move around. 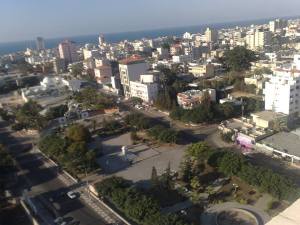 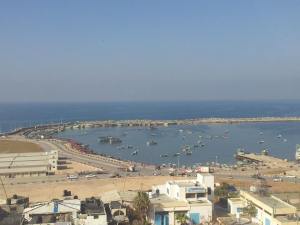 Palestinians in general face many challenges. These challenges include acquiring the basic necessities of life, to dream, to work, to love and to have a secure life.  Every Palestinian living in the West Bank, Jerusalem and inside Israel has different challenges in life due to the different circumstances created by different dimensions of Israel-Palestine conflict. But I feel, compared to theirs, our life is significantly different, and our stories and challenges are different too. Maybe it is because the Gaza Strip is different. It is an unpredictable place where things can change within the blink of an eye.

In any other part of Palestine and the world, a father’s challenge is to find food for his family; a mother’s challenge is to send her children to school; a young person’s challenge is to find a job after completing his study; and a child’s challenge is to do homework at night. Life is not so smooth in Gaza. Sudden blockades regularly stop the father from finding food for his family. The mother is unable to ensure her children will return safely from school because she’s just heard the horrific sounds of airstrikes and bombing. The recession forces the young to stay both of out school and out of work. Sudden blackouts mean the child cannot do his homework either. As I said, life is unpredictable in Gaza.

By living with this constant unpredictability, I have changed too. It took many years though, starting in my school days. I remember going to school on a calm, quiet and normal day. Nothing much was happening until the sound of bombardment pierced through the air shattering our calm. It was scary. Boom-Boom-Boom it went. That was the first time in my life I heard such scary noises. My heart pounding, I ran back home to my mother. I was hoping the sound would go away when I hid in her arms, but I was wrong. Now I know my mother was as vulnerable as the little girl she was sheltering in her embrace. This is Gaza, where life is unpredictable.

At that time I was too young to distinguish between the sound of bombing and firing. I’ve improved now though. Merely from the sound I can tell you whether it’s a Jet 16 bombing or a naval fire or tank fire or a sonic bomb. Maybe that’s a useful skill for some places.

When I was young, I used to panic and cry when those unbearable sounds started. I thought I was put in a cage and I had no way out except to endure those horrendous sounds. I was young then, I did not have much understanding of the politics of this very real cage. Now I do understand, and it doesn’t make any difference.

When I was young I wanted to go out of that cage, but now I am used to it. Now my heart doesn’t beat as fast as it used to when the bombings start. In the past I was afraid to die, but now it is different. In Gaza every one of us dies a little death every night and they are born again every morning. In between, we slowly lose hope. Because here in Gaza death is not the hardest part of our lives, living is.