A Short Story: The Dog I Met 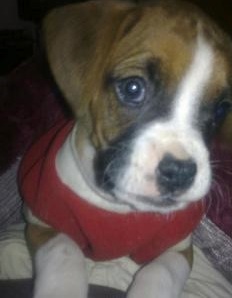 It had been a long time since I last met my school friends. I found a diary that I had used during my schooling times. At the back of the diary I found the names and addresses of my school friends which I had noted down on the farewell day. Five years had passed but the memories were still as new as when I was in school. There I found the phone number and address of my friend Shekhar.

I called but I was informed that the phone was out of service, so I decided to directly visit him. It was a rainy day; I reached his home and knocked on the door. I was astonished to see that his Uncle and Aunt still recognized me but unfortunately Shekhar was out of station. I decided to wait for the rain to pass over his home. His Aunt went to the kitchen to prepare a cup of tea for me. His Uncle left too, as he was late for the office. I was sitting in front of the window where Shekhar and I used to sit and look for the girl next door. I couldn’t   find her this time. Probably she was married. Shekhar’s Aunt offered me the cup of tea and again returned to the kitchen.

I was sitting at the window watching the roads and houses. So many changes had taken place over the five years. Soon I heard a sound from the back; “who is this? Why the hell have you opened the window, I hate dust and pollution!” I turned behind to see there was no one, only Shekhar’s pet dog Sheru.

“I am talking to you! Hey you are Soibal I guess. How are you? Please close the window”.

“Can you really speak? Is this a dream?”

I closed the window and watched Sheru with surprise. Sheru smiled and said “you know I can’t tolerate dust and pollution. See those people (pointing towards the slum area). They are just soiling this area. I hate these poor people and their unhygienic habits”.

“Stop the nonsense Soibal. I am a dog, but far better than many so called humans, at least better than those humans from the dirty slum area. See that child is coming this way, throw a stone at him… Soibal I said throw a stone… Hey boy! Hey you! Get out of this area!”.

“But what’s the problem, if that child is coming here?”

“Soibal, he is dirty and poor… he can do only one thing and that is spreading disease”.

“But he is a human, why are you treating him like a dog?”

Sheru laughed and said, “You think that the poor child is better than me. It’s raining outside, he is hungry and naked but I am not. I visit the doctor every week, what about him? (Sheru laughed again) the amount spent on his food yearly is equal to my monthly food cost. Don’t compare me with this child for god’s sake. Who cares for them, everyday many die and many are born. If I catch even a virus… then you see what happens. If you go and beat that child no one will ask you for any explanation. You just kick me… your Aunt will kick you one hundred times. See around Soibal, people love us, care for us and so they adopt us. Don’t compare me with that dirty creature! Well the rain is over it’s my time to walk. Bye Soibal, see you!”

Sheru left. The rain stopped. I farewelled Aunty and left to return home. I was on my way when I saw a small temple. Although I am agnostic, that day I felt like praying.

I went to the temple and prayed to god so that,

“ I may take birth as a pet dog of a rich family
but not as a poor man’s son in this country”.

* Soibal Dasgupta writes from India. In his own words; “I am Soibal Dasgupta, one among the 1,220,800,358 people living in India. This is my identity to the whole world”.