The ICT & The Shahbagh Movment: The Crisis of Neutrality in British Bangladeshi Media

In Britain, British Bangladeshi newspapers have a long tradition of publishing news in Bangla. The key premise behind the formation and growth of this semi-structured industry is that Bangladeshi migrants in Britain want to stay updated about the current affairs of their home country. To meet this growing demand, the British-Bangladeshi media scene, once was dominated by newspapers, saw the rise of television and radio stations alongside with newspapers.

Lazy and the “Copy-Paste” Journalism in British-Bangladeshi Media:

British Bangladeshi TV stations collect footages from Bangladeshi TV channels and broadcast them through own outlets. This is lazy journalism. However, last year, the British Regulatory body for Broadcasting, Ofcom lodged series of inquiries against two British Bangladeshi TV channels: Channel S and Channel Nine, UK. Ofcom’s inquiry took place against the backdrop of ‘Shahbagh movement’ and a verdict delivered by ‘International Crimes Tribunal’. In the consequences, Channel S was cautioned and Channel 9 UK, stopped re-broadcasting news produced by a Bangladeshi Channel- Somoy TV in the UK. These regulatory developments, all together, expose:

a) growing division among British Bangladeshis living in the UK over Bangladesh politics.

b) careless abuse of the licensing privilege bestowed upon these community-based TV stations who failed to apply minimum editorial judgment before re-broadcasting Bangladeshi news footages in the UK airwave.

c)  Journalism in Bangladesh is not objective.

A complainant alerted Ofcom to a news report about the protests which took place in the spring of 2013 in Bangladesh concerning the International Crimes Tribunal (“ICT”)1. The complainant considered the report was biased. 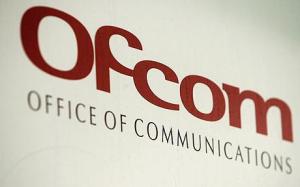 Ofcom logo on the front of their headquarters on January 18, 2007 in London. (Photo by Bruno Vincent/Getty Images)

Ofcom reviewed the news item in question, which was broadcast in Bangla. Ofcom therefore commissioned an independent translation of the output. Ofcom noted that the report relating to events concerning the ICT in Bangladesh lasted approximately 13 minutes. It included coverage of the following:

– the disturbances taking place in Bangladesh following the sentencing to death by the ICT of the politician Delwar Hossain Sayeedi2, on 28 February 20133;

– a press conference held by Begum Khaleda Zia, the leader of the main opposition party in Bangladesh, the Bangladesh Nationalist Party, criticising the Bangladeshi  Government’s  actions  during  those  disturbances;;  and

– a seminar at which representatives of the ruling Government coalition4 in Bangladesh criticised the Jamaat Party.

The report used sound bites of Shahriar Kabir and other speakers at the seminar, in which severe criticism of Jamaat came up. Even the reporter’s narration had comprised only matters related to condemnation of Jamaat. However, Jamaat didn’t have any provision for self-defense or creating a balance.Hence, assuming that the reported news had violated article 5.1 of Ofcom’s code of conduct, Ofcom inquired Channel S about its opinion in this regard. According to the article 5.1“News, in whatever form, must be reported with due accuracy and presented with due impartiality”.

Channel S informed Ofcom that it has maintained neutrality in its news presentation. It said that it had broadcast news received from a Bangladeshi channel, Independent News Television at 10 pm on 1 March. Since Channel S is based in the UK, it has limited capacity (in some cases, none) to obtain statements from different political parties in Bangladesh. Channel S further informed that there is unfortunately no institution like Ofcom in Bangladesh. Article such as 5.1 is nonexistent. Channel S didn’t have any influence in production of the Independent TV report, and its own reporter wasn’t involved in the process. The channel also volunteered to provide some additional information – since the particular report was about an event, it only contained footage and sound from that occasion. Interview of anyone absent at the event was not broadcast; as Jamaat didn’t participate in the program, the report didn’t have any footage or sound (bite) of the party.

Ofcom was not satisfied with the explanation given by channel S. Ofcom said, when alternative opinions are unavailable from a certain political party, some editorial techniques can be adopted to reflect the counter opinion. For example, the newscaster can ask the opposition spokesperson about related topic, or read out the position of that party on the related topic as per common belief.

Channel S claimed the neutrality of its news in several other ways. For example, it said that by screening a statement delivered by Chairman of the Jatiya Party, Jamaat’s opinion had been represented. Hussain Muhammad Ershad said on that day, ‘Jatiya Party also demands the trial of war criminals, but the trial has to be transparent, accurate and independent.’ He also said that ‘the indecent blogs and Facebook posts about Quran and the Prophet cannot be tolerated and are unforgivable.’

Ofcom didn’t accept this point made by Channel S. It said that Hussain Muhhammad Ershad didn’t protest against criticism of Jamaat; rather he expressed his party’s stance. Besides, Jatiya Party is a member of the ruling alliance and in the opposite pole of Jamaat’s political position

Channel S demanded that it portrayed Jamaat’s opinion by screening news about a rally organized by 12 like-minded Islamic parties in protest of bloggers vilifying Islam and the Prophet.This argument couldn’t satisfy Ofcom, according to which the news about protest rally of 12 like-minded Islamic parties was not enough to balance all the criticisms made against Jamaat throughout the bulletin.

A human rights organization called Global Foundation for Human Rights had organized a demonstration demanding the repealing of death sentence against Delwar Hossain Sayedee and calling for his release. Channel S had broadcast that piece of news and claimed that it had ensured the channel’s neutrality.However, Ofcom didn’t accept this reasoning because that particular news report didn’t portray Jamaat’s opinion as a political party; rather it highlighted the demand for the release of a Jamaat leader.

Channel S had also submitted to Ofcom a copy of an email, which was apparently written by a spokesperson of Jamaat in Britain. In that email, Jamaat’s spokesperson certified that the party’s position had been reflected on different programs of Channel S. Ofcom didn’t accept that certificate because the concerned spokesperson wasn’t brought before the audience to present Jamaat’s viewpoint. Ofcom also informed that only it has the right to determine the neutrality of news and not any third party.

As none of the earlier reasoning worked, Channel S demanded that it is representing Jamaat’s viewpoint on Talk Shows and on other programs. But all these went in vain. After scrutinizing all the facts and evidence, Ofcom decided that Channel S had failed to maintain neutrality in its news bulletin broadcast on 1 March at 10 pm. Therefore, CHS TV, or Channel S, have violated article 5.1 of Ofcom’s code of conduct.

Somoy TV bulletins from Bangladesh are no longer seen on Channel 9 in UK. After doing a bit of digging, I came to know that a certain individual had filed a complaint with Ofcom saying that the bulletin broadcast on 16 February at 6 pm was not neutral. The bulletin had presented Jamaat as accused of unfortunate and deplorable killing of Rajib Haider, a blogger and an activist of Shahbagh movement, but didn’t cover Jamaat’s standpoint in this matter. 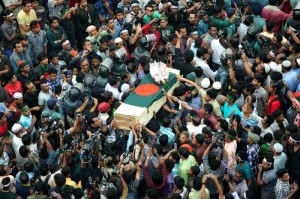 After collecting copy of the bulletin from Channel 9 UK authority, Ofcom noticed that almost 15 minutes-long bulletin portrayed the reaction following Rajib’s killing and information about the then ongoing Shahbag Movement. The news also showed statements given by several people, including Prime Minister Sheikh Hasina, calling for banning Jamaat, along with accusation against Jamaat for killing Rajib Haider and for carrying out terror attacks across the country. However, Jamaat’s statement regarding these accusations were not presented and there was no evidence that an attempt to gather the party’s viewpoints had been made.

When Ofcom approached the channel authority for its opinion regarding the broadcast of that news, Channel 9 UK admitted that the bulletins at that time were ‘probably presenting less viewpoints of Jamaat.’ Authorities of Channel 9, which was then run as Runners TV, informed Ofcom that as the channel was based in UK, it depended solely on the Bangladeshi channels, Channel 9 and Somoy TV; therefore the editorial details also remained unchanged. For the same reason, these news bulletins don’t depict the perspective of Britain’s local journalists. But Runners TV stated its confidence about the fact that ‘Somoy TV Bangladesh’ was broadcasting the current situation in the country in an objective and accurate manner.

Ofcom expressed its concern about Channel 9 UK’s reply. It said that regardless of the origin of the TV programs, Ofcom’s principles have to be followed to be eligible for broadcasting in Britain. Ofcom was alarmed that Channel 9 screened programs, gathered from two Bangladeshi Channels, without following satisfactory production procedure. Ofcom decided that Channel 9 UK had also violated article 5.1 of its code of conduct.

Ofcom’s Outlook on the Scope/Purview of Neutrality:

Maintaining the neutrality of news is a relative matter, something to be comprehended. Ofcom is not saying that neutrality will be tainted by circulating exclusive criticism or exclusive endorsement of a government’s, state’s or political party’s principle/values; however, Ofcom’s code of conduct has to be respected. According to Ofcom, if a specific issue is influencing its surrounding context, it may be important to accurately uphold the alternative viewpoints on that matter. Distributing equal time to reflect the opinions of two or more relevant sides, or allowing equal opportunities for debates may not be enough to retain neutrality. Proper neutrality in news can be maintained in many ways and it depends entirely on editorial decision. Editors will decide on how to ensure maximum neutrality in certain news and whether that news item has any element that is important for neutrality.

It’s interesting to note that both Channel S and Channel 9 UK informed Ofcom about their inadequacy/lack of capacity in broadcasting news from Bangladesh. They aren’t involved in the production of such news bulletins. Moreover, both the televisions tried to shed off their responsibilities by putting the blame on Bangladeshi televisions and the country’s unregulated system. Ofcom’s decision and the information provided by Channel S and Channel 9 UK have raised some food for thought. For example:

1.    Since news programs made in Bangladesh have violated Britain’s broadcasting act in some instances, but the same programs are in line with the domestic law in Bangladesh, a change is needed in this arena.

2.  Bangladeshi programs can be produced conforming to British and European standards. In this case, trained human resources and large-scale investments may become crucial factors.

3.   If it’s not possible to import programs from Bangladesh that would conform to British broadcasting act right away, initiative can be taken to modify the programs before broadcasting those locally. This requires skilled and qualified editorial teams.

4.  It would be best to create a regulatory body in Bangladesh similar to Ofcom. To get rid of pressure from Ofcom, Channel S wrote a letter to them saying that neither Ofcom nor article 5.1 exist in Bangladesh. Therefore the news gathered from Bangladesh are not balanced.

*The writer was a former Editor, Channel S television UK (SKY CHANNEL 814). He holds a BA(Hons) and MA in Mass Communication and Journalism from University of Dhaka, Bangladesh. He Writes from London. He is reachable at mahisafi@yahoo.com

**Onchita Shadman is a Member, Editorial Board, Alochonaa.com. She received education in Bangladesh and Australia. Presently she is working for an International Organization in Dhaka, Bangladesh.

*** Alochonaa.com is not responsible for any factual mistakes (if any) of Safi’s Bangla analysis sent to us. This analysis further is not necessarily representative of Alochonaa.com’s view. We’re happy to facilitate further evidence-based  debate in this issue. Please send us your submission at alochonaa@gmail.com