What does it mean to be French?

I was asked to bring a ‘French touch’  by writing about the French identity, which I understand as ‘How does it feel to be awesome?’.

Well let me tell you that, no matter how much I love my country, life in France is not “La vie en Rose” (life through rose tinted glasses) and being French is a paradox between a brilliant history and a not-so brilliant present.

I left France in 2012 when it became more than clear that my degree in Ecology was pointless, and would not lead to any future career in France. Honestly if you’re expecting to work in France, you should invest in either being a doctor or a gravedigger – people will never stop dying. My case is not an isolated one, recent graduate students tend to leave France, for their future is blurry and the salaries on offer are unattractive in relation to the amount of effort put into studying.

The paradox of being French

Being French in France

The iconic symbol of French tourism, The Eiffel Tower in Paris – Googles Images

France remains for most foreigners, one of the most attractive countries in the world. I’m not even being arrogant (a common French trait) – it is a fact. In 2012, 83 million tourists came to France, which makes France the most visited country in the world (sorry to disappoint you United States, but you only received 63.3 million tourists).

Everyone wants to visit France because of its amazingly rich culture. For those who have traveled to France, you will know what I am talking about – each region offers a uniquely rich experience. I am not afraid to say that we have the richest culture in the world, relative to the size of the country. If you think I am bias, take a 2-hour ride from Nice to Toulon (South-East of France), and I dare you to tell me it wasn’t worth the ride – different landscape, different dialect (although barely spoken today) and different culinary specialties…

I agree it is too easy to say we are the best, so here is a very simplified explanation of why the French culture is so diverse. This cultural richness has been shaped, reshaped and reshaped over time. Geographically, France was, is and will always be the cross road between Western and Eastern Europe, Northern Africa and Northern Europe. Travel long enough around France, and you will discover evidence of hundreds of different ethnic groups, which once inhabited France.

As you may, or may not know, France was not always called this, and its boundaries have only been fixed since the end of WWII, in 1945. Prior to this, France was the stage for a nearly 3 thousand year long ballet, where Gallics, Romans, Celts, Greeks, Egyptians and many more danced one after the other. France saw many battles and wars over the fertile and rich land, and what was left behind were a group of people willing to fight to protect their land with pride.

Here we have “pride”. Pride, which is perceived by many as French arrogance… Come on guys don’t be so jealous. I haven’t said half of what we should be proud of yet… and I won’t. I could enumerate for pages why France is amazing and how much I love my country, but I would rather you see for yourself, so book a ticket and in 26 hours you will know what I’m talking about.

« If you want to kill a French man, shoot 10 cm above his head to kill his pride » Belgian joke

If France is so amazing, what are all those young froggies doing in Australia and Canada? Well it is time for another very simplified, and biased version of the French history since the end of WWII.

After 1945 Europe needs to recover from the war, and enters into 30 years of full employment, demographic and financial expansion. I think it would be accurate to compare this France (1945-1980), to the Australia we know today; a rich country for many opportunities on offer. However you know how we French people complain all the time? In May 1968 a revolution starts in Paris, where students express discontent against imperialism and capitalism. As a result France installs a broad set of social assistance that is slowly going to ruin the country’s economy, and establish the culture of going on strike. Today, the contemporary France has one of the best social welfare systems and health care facilities in the world, however it suffers from severe unemployment and a total lack of trust from its people.

The judgment I express upon the French governments who have ruled since 1945 are hard, but I mean it. They have made France the b*tch of Europe – and worse one who pays to be abused… What I mean by this is that we have so many different social welfares available, that almost anyone can come to France, and will somehow receive free money without having to work.

I have to admit, it was great to have free education and cheap access to culture; on the overall, I think children born in France receive a high standard of education and reach the age of 18 with a broad sense of world knowledge – well above the average 18 year old. But, guess what…there’s nothing but ‘chômage’ after school (yes unemployment in so rampant in France that we gave it it’s own name!). As of February 2014, 24% of 25 years old and younger, are registered as unemployed in France – no wonder why Australia is invaded by hordes of young Frenchies every year. 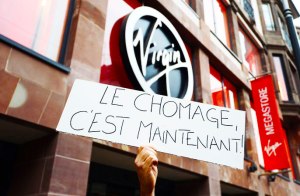 This exodus from France is for me the sad reality of being French; we have a brilliant past but no future.

Being French in a foreign country

“Omg your accent is so cute” =  Any English speaking girl

A cliché depiction of a French male – Google Images

However I guess being French in a foreign country has its perks. We use and abuse the cliché that gives us golden tickets to ladies panties. How many times have I heard ‘French men are so romantic!’… OK STOP! French is a romantic language, I agree, but just like Italian and Spanish are also romantic languages. Romance has nothing to do with love; it comes from the world ‘roman’, which means, ‘Latin’. Sorry to destroy this myth that French is not the language of love, it is a Latin language nothing more. 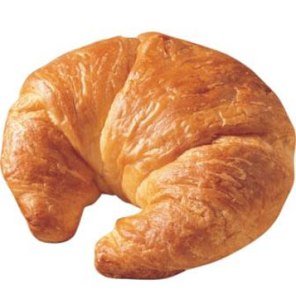 STOP!!! Croissants are not French, they are Austrian! In baking terms they are Viennoiseries, which come from Vienne, the capital of Austria. It is believed that the croissant was invented to celebrate the victory of Poland and Austria against the Ottoman Empire in 1686. It was then introduced to France by Austrian bakers who opened a “Viennoise bakery” in Paris between 1837 and 1839. Don’t be ashamed of not knowing that croissants are not French, most froggies think they are.

Clichés are funny to hear, but it is sad when people actually expect you to be like this. Think about it, how do the majority of French people behave in a foreign country? We stay with other French people, we don’t want to speak English (we often blame the French education system for this, but really that’s another topic..), we smoke a lot, we complain all the time, we don’t respect the law and worst of all I meet way too many French people who actually steal food from stores. True story, a company refused to rent me a vehicle because I was French, and they were fed up having to deal with French people who return the vehicles damaged and dirty.

So NO, being French in a foreign country is not easy when it comes to finding a job and getting serious. I wouldn’t say we are bad workers but our habit to complain all the time and our helpless level in foreign languages surely turns away many employers.

Globalization or how to kill the identity of a country

Liberty, equality, brotherhood, oh how amazing those three words sound like. Sneaky Marianne (the symbol of the French freedom and Republic) you are putting it quite deep into our… well you got what I meant. Lucky us to be raised in a free country where equality and brotherhood rule our lives…*Laughing Out Loud*. If someone knows any country where everybody is equal please let me know about such a country – because it’s certainly not France. 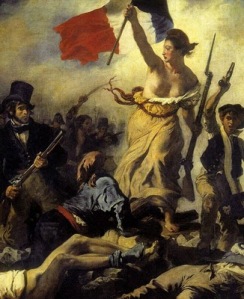 Marianne – Marianne is a national emblem of the French Republic, an allegory of Liberty and Reason, and a portrayal of the Goddess of Liberty – Google Images

I feel bad about this French motto because in 2014 everybody is able to know everything about any country; therefore everybody knows that such values are obsolete and utopic. Let me ask you a question: “When you don’t know about something, does it exist?”

My point is that, during the era where communication was not as know it to be now, we were able to think that out country and government were doing their best to satisfy liberty, equality and brotherhood. Honestly, look around you, look at this unraveling world; inequality, corruption, selfishness and censorship. If a country wants to be completely honest, in reality this is the motto they should choose. Men not make the rules and laws anymore, the market does – money and greed determine everything.

By now you should be asking me what the point is with being French. The point is that France keeps on teaching us values that cemented its greatness 50 years ago. I was a lucky kid; I went to a good school and traveled a lot when I was young. By the age of 16 I began to realize how obsolete and rotten the French education system was. Change is impossible in France because the average French person complains all the time, but refuses any change that could require any effort from him. Therefore we stick to a model that is completely outdated, and further puts us behind the growing powers in the world, who passively accept their inequalities and lack of freedom. Guess what, you cannot evolve and make everyone happy. Everything is made from trade-offs and france seems to be a country that refuses to admit this.

Next time you go to France, enjoy being a simple tourist because the underlying reality is not worth living. Being French is a paradox; we have a great culture and a brilliant history; however we are raised on decaying foundations which won’t last much longer if nothing changes. I blame globalization for making people too aware of their situation which leads to a society with a severe lack of landmarks in their lives. Landmarks that used to be given to us by the Catholic church..but that is another topic..

*Cédric Pellegrini is a recent graduate in Ecology and Conservation from Griffith University, Australia.

** Cédric offers his unique opinion on French identity based on his personal experiences of being French in a foreign country. Any comment or critique is more than welcome and open to debate.