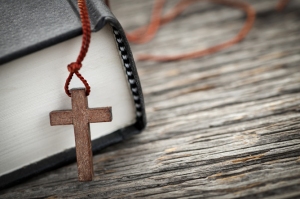 Religious instruction at schools – The Conversation

I have two feet in on the Religion in Schools debate.

One foot is firmly ‘un-doctrinated’ so to speak – I am not a part of any organized religion. If anything, I am a deist (loosely).

The other foot is paradoxically, firmly found in doctrine, I am a theologian.

Something I’ve used as a unit of measure for how a society is doing are these two rules:

But, a woman who I established an unlikely friendship with added an amendment to this, as the tea cup drew away from her lips;

“And Sam, the apex of course is organized religion…”

This woman was in no sense religious. At sixty she was the anomaly in a cheaply run rest home in Auckland’s suburbs. She had been placed in residence because she suffered from severe schizophrenia. Our friendship had flourished over a common love of the French composer Maurice Ravel, but that love soon extended to her mind. She was an unashamed academic, and unlike most learned individuals, her field of expertise was virtually everything.

What do you do when a “mad woman” (sarcasm intended) tells you knowledgably that organized religion is the apex of society?

Considering my two rules, I could definitely see how organized religion has situated itself historically on top of those values. Thinking of iconography, painting by all kinds, architecture, music…almost every dimension of art aligns or collides at some point with the trajectory of organized religion. So too, the “care for the poor” ethos is at the heart of most major religions. This is exposed largely in the way it underpins the laws of the societies those faiths influence most. For example in my home here in New Zealand it’s clear “treat others the way you want to be treated” (and two thousand years of practice at it) has resulted in our laws and is considered the medium for justice, though nationally we don’t identify with any religion.

So it could easily be said that religion has historically forced its way to the point of highest influence. However, my friend in the rest home referred to it as an “apex”.  As a New Zealander identifying with the stoic hero of Edmund Hillary (who was the first brave human to climb Mt Everest) an “apex” is something you always want to climb, explore and get comfortable with.

Surely religion cannot represent the high point of society to all people at all times?

This is where I’m supposed to wear the theologian cap. Religion, is a dangerous word, and has such a weight behind it that it’s considered a topic not to be discussed even in family conventions. Before jumping onto an agenda, either for or against Religion in Schools, a conversation of precision has to take place. 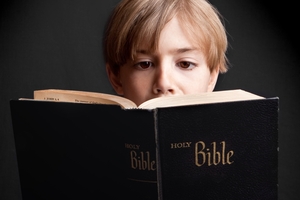 “What exactly do you mean by religion?”

There’s a beautiful mention of Jesus with children in the synoptic gospels. Jesus makes an enormous claim, saying “the kingdom of god belongs to such as these”. There’s a deep mystery to this, but perhaps from the surface it could be observed, even the unassuming child has the real potential to comprehend the profound. I feel Jesus may have been onto something. Children have an incredibly honest perception of justice, though like me, they don’t always behave according to their own standards. Jesus doesn’t seem worried about whether the children understand the implications of his resurrection ten chapters later… it’s just a big wide welcome mat for people, of all ages and all capacities to come, “listen”.

I don’t think it’s dangerous to talk about religion, Jesus, his death, Hebrews, the Greco-Roman empire or religious ethics to young people. It can’t be harmful at any stage in life to hear about “love others as yourself”; an ethical motif that has saved my life and many others throughout history. Jesus may or may not have saved me or others, but what he said on a hill one day certainly has. The danger lies within the detail.

I was on the board of trustees for a year in high school, while most of the discussion went over my head it was clear to me that everyone else at the table was extremely invested in the well-being of the school. Every school has a particular niche to attend to. Every school will have exceptions to the trend. The people who are best in the position to decide on whether religion should be included are those who spend hours and hours in the fine print and metaphorical DNA of each school.  While teachers fit the category also, I feel the board is better for the decision process, primarily because if it’s a mistake they are held accountable. No government has the all-seeing-eye on schooling, and therefore cannot know whether religion in schools would be an advantage. Education exists for liberation. If it’s possible that an hour a week contemplating the Triple Gem of Buddhism would be liberating for students in a certain school, then it has to be assumed the board would motion it.

People do not have the right to take a class room of children, and use fear of eternal hell as a tactic to create converts. The demographic is too vulnerable. As a first rule for society, children need our protection and that includes protection from dangerous ideas. And I use ‘dangerous’ with intention, having grown and lived under radical Christianity I can say that for me it was a dangerous liaison. That shouldn’t detract from the fact that Christianity offers more to people in need than many could offer on their own. Jesus was an exceptional human. Christianity is a brilliant system of belief, and quite possibly the apex of the society I love and care for.

But the decision of Jesus’ divinity lies with the young and old alike and precisely: individually.

Jesus didn’t turn to the child and ask her if she thought he was god, he just said “the kingdom of god belongs to these” already.

“Treat others as you want to be treated” is something we all need to take seriously as a way of living, regardless of what religion, race, or status we adhere to.

Which do you think Jesus was more worried about?

**This is author’s personal view . It is neither reflective of his employer’s view nor Alochonaa’s view