Gender Based Violence and Power Relations 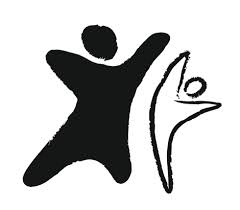 Chittagong, April 27, 2014 (Alochonaa): As we recently finished celebrating International Women’s Day 2014, and as we reflect upon this day, are we truly doing enough to ensure gender equality? Are we truly protecting our women from the various forms of violence that women encounter globally on a daily basis?

Gender-based violence highlights the relationship between females’ subordinate status in society and their increased vulnerability to violence. Violence manifests in many forms, including, economic, sexual, physical, and psychological. Two of the most common forms of gender-based violence are rape during times of conflict and domestic based violence. Violence, in its various forms, presents itself differently across certain parts of the world. For example, rape is often employed as a weapon during times of conflict and war. Rape as a violent social and political tool was evident in the Democratic Republic of Congo, where women suffered hugely. Similarly, domestic violence tends to be more prevalent in Asia and Africa, compared to Western countries because of the strong legal system, laws and social norms in place to prevent it.

Rape during periods of war has been recognized as a tool of war by the United Nations, with women and girls being the primary victims of sexual violence. During times of war, women and girls are often gang raped by soldiers, rebel groups, or sometimes peacekeeping forces. The soldiers or rebel groups rape women not just because of sexual satisfaction but rather to demoralize the opponents as well as to establish power. Alana Jeydel and Sarah Henderson in their book Women and Politics in a Global World say:

“Rape during war and in refugee camps is about the display of power and is a way of letting one’s enemy knows who is in control”.

Moreover, women are victims of rape, as a form of punishment, or means of establishing power over a community. For example, in the Congo, in the Northern Kivu province alone there has been 14,000 rapes since 2004. Most of these attacks have been accrued as part of a broader attack on a village, designed to terrorize local communities into accepting the aggressor’s control, and in other instances it has been used to punish a village for allegedly supporting an opposing militia (Henderson and Jeydel). These incidents indicate how women are being victims of political “power play” executed by men.

Women are not safe anywhere at all. Nevertheless, those who survive sexual violence do not get any legal help to punish the perpetrators because there is a lack of social power accessible to there. Rape victims are often ostracized by their family and community. Moreover, some women are forced to serve as sexual slaves after they are violated. Additionally, a lack of specific legislation criminalizing rape and sexual assault, makes it increasingly difficult for women to seek legal retribution. This is amplified by the lack of legal access available for women, legislation articulating provisions regarding rape, and at times corrupt police and judicial authorities.

Domestic violence is another leading cause of injury to women. Worldwide women are facing the horror of dowry’s, being treated as servants, beaten, tortured, and cheated. Domestic violence occurs among all racial, ethnic, religious, and socioeconomic groups. Sometimes, in countries like India, Bangladesh, or China girls are not welcomed when they are born because of the dowry system. They are considered as financial burdens to their family because the girls’ parents have to give money when they marry off their daughters. The dowry is expected to help with the running of the family, cash settlement, or other valuables to contribute to the groom’s family. However, this system is not only insulting, but also a curse for women. If the girls family fails to give the money, she gets beaten, murdered, tortured, becomes victim to an acid attack, commits suicide, and faces other forms of violence by the husbands and her in-laws.

Moreover, women face physical abuse for bearing daughters too. For example, the husband or the in-laws pour hot water on his wife’s abdomen after she bears a daughter or tortures the wife with cigarette burns. Even if there are laws against these kinds of crimes, there is no proper implementation as well as social security for women, which makes it so hard for women to seek justice. The patriarchic society of certain cultures does not allow women to speak up against domestic violence. If women do so, most of the time they would be socially excluded and thrown out of their homes.

Since there is no social, financial, or security protection for them, women choose not to talk about the violence they face in their home. Consequently, the women are socially powerless and continue to be victims of gender based violence . Women all over the world face different forms of violence which result in the “inferior” or insecure status of women in society.

While there has been a significant amount of effort put forward to end violence against women, there is a long way to go in actually changing the mindset of our societies, which can only be achieved from within. Through education, the correct implementation of laws, and most importantly making both women and men aware of this brutality is critical for helping to ensure the security of women both inside the home and outside.

* Fahmida Zaman is a senior at the Asian University for Women in Chittagong, Bangladesh. She is passionate about politics, women’s rights, and writing.