Perth, July 7, 2014 (Alochonaa): It is becoming increasingly likely that the situation in Xinjiang has reached a turning point. On June 21, thirteen assailants were killed in an attack on a police station in Yecheng County, Kashgar province, in southern Xinjiang. Sadly, this was no random act of violence, but simply the latest in a series of violent incidents linked to Xinjiang, and its native Uyghur population, since the car bomb attack in Beijing’s Tiananmen Square on October 31, 2013.

During this period a number of high profile attacks have taken place, including the 1 March mass stabbing at Kunming train station that left 29 people dead, the 30 April double suicide bombing at Urumqi train station and the May 22 car bombings in a central Urumqi market that killed 31 people and injured another 94. In addition, a number of “low-level” attacks on police stations and security outposts in Xinjiang by suspected Uyghur gangs have taken place. There has also been a number of instances of police using extreme force to break up Uyghur gatherings and protestors (at least two Uyghurs were shot dead during a protest over alleged officials’ harassment of women wearing headscarves) and even one where a Uyghur teenager was shot dead for running a red light on his motorcycle.

Such an escalation of violence, especially in such a short space of time, must inevitably have prompted Beijing to ask: What to do now in Xinjiang?

Whenever the Chinese Communist Party (CCP) has asked this question – and it has asked it a number of times since seizing control of the region in 1949 – the most important point to remember has always been: The economic, political and cultural integration of Xinjiang with China proper must continue. The region is of vital economic and strategic importance to the Chinese regime.Comprising eighteen percent of the country’s entire land mass, China’s western border province posseses abundant oil and natural gas reserves, is becoming an increasingly important channel for business and political relations between China and the nations of Central Asia and Europe, and the vastness of its territory is considered ideal for helping to alleviate China’s growing problem of overcrowding in its eastern coastal provinces. Therefore, the answer to the question is, and will always be: Whatever is necessary to maintain control of Xinjiang. 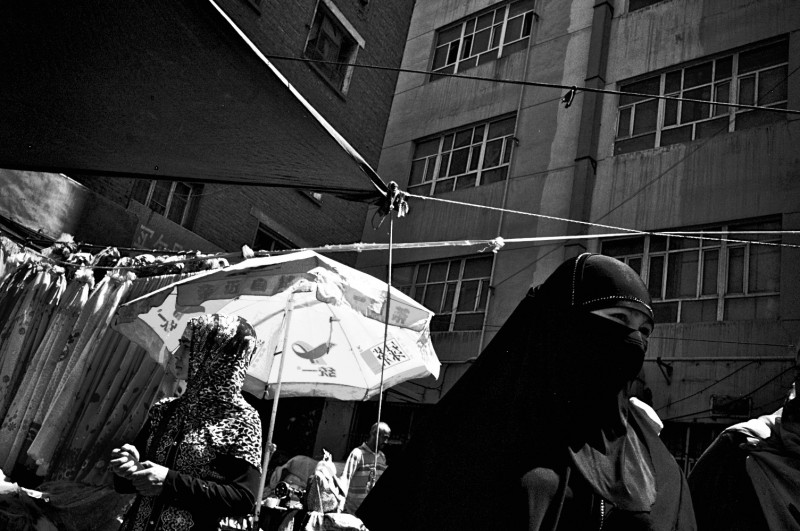 This fundamental goal has seen policy in the region vary quite drastically at various points since 1949. Forced assimilation policies during the years of the Great Leap Forward (1958-1962) and the Cultural Revolution (1966-1976) were relaxed following the death of Mao Zedong in 1976, allowing the Uyghurs greater cultural expression. However, this also resulted in greater calls for increased Uyghur autonomy in the region. Thus, since the demise of the Soviet Union in 1991, Chinese policymakers have increasingly relied on the dual-pronged policy approach of the “carrot” (of economic development) and “stick” (of oppression), as part of a more aggressive plan designed to both boost the economic integration of Xinjiang with the greater Chinese state and close the gap between the culture of the Uyghurs and the culture of the Han Chinese.

In a recent article for the BBC, Dr. Michael Clarke of Griffith University, Brisbane, asserted that the recent escalation in Xinjiang-related violence is most likely down to two possible factors: the role of what Beijing terms the “hostile external influences” in Xinjiang, and Chinese policy in the region, which aims for the total integration of the region and its native Uyghur population with China proper via what Clarkes terms “a three-pronged strategy of repression, restriction and investment.” (BBC, 23 May 2014) These policies have long been sighted as fueling an increased sentiment amongst Uyghurs of marginalisation. Beijing has long chosen the convenience of pinning all the blame for Xinjiang and Uyghur-related violence on the former, whilst to the majority of outside observers, it is the latter which is chiefly responsible.

In the immediate aftermath of the recent violence, it appeared that Beijing was content to push ahead with its current strategies in the region. It was vociferous in blaming “hostile external forces” for inciting ethnic divisions and causing the recent upturn in violence, with Xi also pledging China would “deal a crushing blow to terrorists and deploy a “strike-first” strategy” (The Guardian, May 2 2014). Beijing has also intensified economic reforms, public security measures and initiatives such as bilingual education.

In relation to CCP policies in Xinjiang, in late May, Chinese President Xi Jingping commented, “Practice has proved that our party’s ruling strategy in Xinjiang is correct and must be maintained in the long run” (New York Times, May 30 2014). For their part, Rebiya Kadeer, President of the Munich based World Uyghur Congress, and outspoken exiled Uyghur commentator Mehmet Tohti have both blamed the upturn in violence on the continuation of existing hardline government policies in the region by Xi.

However, despite these immediate measures, the recently concluded second Central Work Forum in Xinjiang (zhongyang Xinjiang gongzuo zuotanhui) suggested that, behind the scenes at least, a significant change in approach by the CCP to ethnic policy in the region might be in the offing.

Attended by the entire Politburo and more than three hundred of the Party’s most senior officials in Beijing from 28-29 May, the Forum saw a new policy direction proposed. Rather than focusing primarily on economic issues, the Forum emphasised, according to James Leibold in The Jamestown Foundations’ China Brief: “the complex and protracted nature of the “Xinjiang problem,” subtly recalibrating the “general goal” of Xinjiang work towards “safeguarding social stability and achieving an enduring peace.”” (China Brief, vol. 14, issue. 12).

The Forum also asserted: “Xinjiang’s most sustained problem is the problem of ethnic unity” (Xinhua, May 29 2014). This marks a significant departure from previous rhetoric related to Xinjiang, which asserted that unrest in the region was due primarily to economic issues.

Despite the current absence of concrete policy, this shift towards a focus on interethnic unity will see Beijing attempt to, according to Leibold: “two potentially contradictory courses in Xinjiang over the coming year. First, it seeks to build a more ethnically integrated labor market by allowing minorities like the Uighurs to migrate into both regional cities like Urumqi as well as coastal centers like Shanghai and Beijing. Second, it will redouble its hold over Xinjiang through a deeper penetration into the daily lives of Xinjiang residents by the Party and its security apparatuses” (China Brief, vol. 14, issue. 12).

Even if this new attempt to improve ethnic unity in Xinjiang can be seen as a signal of a change of heart, and mind, in Beijing, implementing any new policy initiatives on the ground in Xinjiang is a whole other issue entirely. Governance in Xinjiang is poor and beset by vested interests, the current hukou (household registration) system prevents large scale migration of ethnic groups, and potential increased competition between Uyghur and Han workers for jobs could only serve to inflame tensions between the two groups. Beijing must tread carefully.

At the Forum, Xi Jinping is quoted as urging “all ethnic groups to show mutual understanding, respect, tolerance and appreciation, and to learn and help each other, so they are tightly bound together like the seeds of a pomegranate.” This may be simply another way of phrasing the long-lasting CCP idea that the economic, political and cultural integration of Xinjiang, and its native Uyghur population, with China proper, is its number one priority in the region. However, maybe, just maybe, Beijing has finally realised that taking steps to rectify the genuine Uyghur grievances that exist in Xinjiang, and not solely relying on the carrot (of economic development) and stick (of oppression) approach which has proven so ineffectual for so long, will in fact prove to be the most appropriate solution to what is becoming an increasingly volatile problem.

*Brett Elmer is a PhD Candidate at Murdoch University.