Tension has been escalating between Israel and the Gaza Strip following the murders of three Israeli teens in the occupied West Bank and a Palestinian teenager in Jerusalem over the last two weeks. The state of Israel has since launched operation ‘Protective Edge’ against the Gaza Strip. Palestinian fighters have responded with rocket attacks against Israeli cities. This is the ‘Gaza War Diary – Day Three’, a personal account from Rasha writing from Gaza as the violence unfolds. Gaza War Diary ‘Day One‘, ‘Day Two‘ & ‘Day Three’ are also available to read.

Where are the international community? Photo from Shehab News Agency Facebook page

Gaza, July 12, 2014 (Alochonaa): ‘Day Four’ of the war has already ended. Honestly, I wish to stop writing and keeping count of these days. I wish for this offensive to come to an end soon. Last night it started with heavy naval fire activity. I live close to the seashore, so I both felt and heard the sounds very keep heavy and deep. One of the Israeli raids targeted the boat of Gaza’s Ark at Gaza’s sea port. Gaza’s Ark is a project by the Palestinians in Gaza, including the Palestine Sailing Federation and the Fishermen’s Solidarity Campaign, and international solidarity activists and organisations. Fire broke out inside the seaport causing damage to a numbers of boats of fishermen. Actually earlier this week, as part of the ongoing escalation, the Israeli Government announced that it is restricting Gaza’s fishermen to just 3 nautical miles from the shore. This will have a huge impact on their ability to feed their families. Many are already struggling – until now the Israeli-imposed limit was 6 nautical miles and most fish are located much further out than this. Fishermen are frequently shot at, arrested and have their boats confiscated if they go near the limit.

Well the ground invasion hasn’t taken place, yet. Al Qasam brigades, Hamas military wing, threatened Israel of taking this step. They stand prepared and have shown some of their equipment and capacity. I confess that I feel proud of the resistance despite the fact that I am not affiliated with any political party. They don’t keep silent for all the aggression and injustice that the Palestinians suffer from, both today and throughout the decades. Their rockets have reached miles inside Israel and have started to cause losses. I haven’t heard any official announcement of the losses to the Israeli side. But I heard from some analysts of the Israeli media that the Jerusalem municipal said not to trust the iron dome – the Israeli defence system against the rocket are launched from Gaza Strip. He asked the israeli cities residents to lie on the ground each time they hear sirens. Yes tens of Palestinian rockets have hit locations inside Israel causing losses, but have these rockets flattened hundreds of houses to the ground? Have they caused the death of dozens of civilians? Of course not, but the Israeli shells fired upon the Gaza Strip do.

The first news I heard after I opened my eyes was of a new massacre in Rafah. During the dawn time, a three story building belonging to the Ghannan family was totally destroyed without warning by three F16 missiles while people spelt inside. Five of the family members were killed and 15 others were severely injured (later Palestinian media . Israeli forces are now targeting the houses without any warning. How scary and unjust can this be? Later I heard the news of an airstrike hitting an apartment, causing the death of the young doctor Anas Abu al Kas. Anas lost both of his parents in the Cast Lead was 2008-2009. So operation after operation are whipping out entire families. Who does not die in one war will die in the next.

The night had started with intense shelling, but during the day it was calmer than the previous days of war. The bombings were less repeated in my area of Gaza city, however I could still hear them hitting faraway. Though, according to the news, the Israeli raids have been heavily hitting other areas in the North, middle and South of the Gaza Strip.

Today there was the news of President Obama offering US help in negotiating a ceasefire in order to end the escalating violence between Israel and Hamas. Also, Ban Ki Moon, the UN Secretary General, urged restraint from both Israel and Hamas, and telling the Security Council that the region is ‘on a knife-edge’. A few hours later, Netanyahu – the Israeli Prime Minister – stated in a press conference “No amount of pressure will prevent Israel from hitting Hamas”. Also, the Foreign Minister, Liberman said that it is the time to ”go all the way” in Gaza and 8th Iron Dome battery ready for instalment. 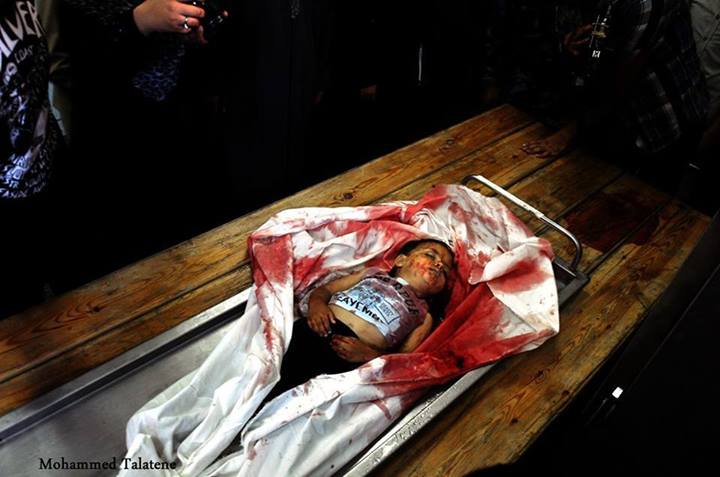 It is not possible for us to remain under such stress all day long. we gather, we talk, we try not to freak out so the children don’t either. I have even started to compete with my nephew to recognise the sound of the bomb, if it was caused by naval fires, or by an air strike? He kept telling me that he knows better as this is only my second war witnessed (as I was out of Gaza in 2008). For him, he witnessed the last three wars of 2008, 2012 and now 2014 over the Gaza Strip. My 14 year old nephew told me that he will be having a lot to tell his children and grandchildren about. He asked me that when we get our land back, he will go to Jerusalem and pray at al Al Aqsa Mosque for every Friday prayer. Gaza children are raised up with that the justice will prevail, the occupier will leave one day and we will get our land back.

Finally when the so-called Palestinian President, Mahmoud Abbas, said a word since the beginning of this operation, he told that his efforts to end this violence had failed. Does this person represent, or care about these hundreds of people who have been slaughtered? What efforts has he been doing? Did he keep calling the Israelis for the continuing of the ‘peace negotiations’ that have been reaching nowhere for decades now? The most provocative news in the day was the announcement of the Ministry of Education in the West Bank, releasing the results of the secondary schools for both parts of Palestine; the Gaza Strip and the West Bank. Are these people living in another planet? In the middle of what has been happening, to announce this? Shame on them. Of course they later cancelled after receiving wide condemnation by the people. 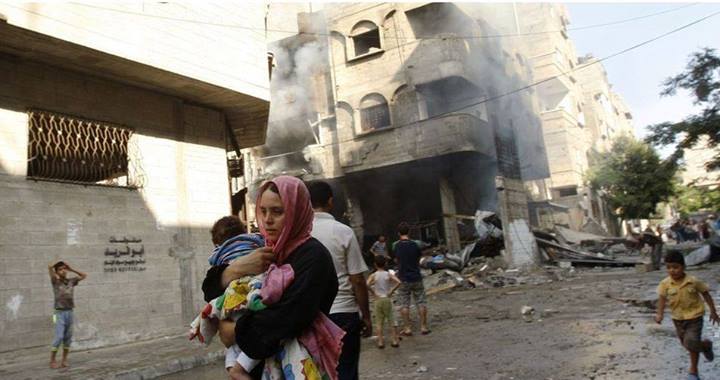 The most heartbreaking thing I have seen today is a video filed in the hospital of a father who is hugging the body of his little child with his head cut open. He cried and refused to release his child’s body from his embrace. Every time I close my eyes I keep imaging this, thinking of the hundreds of tragic stories that can be told after this offensive. No words can express this. I feel speechless. I think the hospital walls in Gaza have heard more crying and prayers than in the churches and mosques of this entire world.

The latest news reports I have ended my day with are; According to the Palestinian Ministry of Public Works and Housing, 282 houses have been flattened to the ground, 260 houses have sustained major damages and are uninhabitable, and 8,910 houses sustained minor damages in the ongoing Israeli offensive in Gaza since July 7th. According to the Palestinian medics, 105 have been killed and 785 wounded.

I am heading to bed now since it has been quite a lot more calmer in my area, except for the nonstop sounds of hovering drones. The last things that have crossed my mind are that I don’t want to lose any of my loved one, I cannot handle it. I don’t want to die either. I still want to travel, to explore the world, to evolve my career life and to establish a family. Simple dreams, as the dreams of everyone who were killed also were, but were prevented of being fulfilled because of their death.