Why is the media so bad – here’s one explanation

Wellington, December 29 2014 (Alochonaa):
The widespread shift in format from physical ‘mass’ news media (exemplified by the broadsheet press and to a lesser extent television news) towards digital media presents serious challenges for traditional media companies. This statement is often heard, not least from media companies themselves. These challenges often come in the form of reducing circulation, revenue and quality. They also seem to have led to a particular style of click-bait journalism. To the casual observer though, why this might be is less clear.

This is how more of us every year are consuming our news. Source: Google Images.

A key transformation, caused by the digitisation of media, seems to point the way. This transformation can be called the shift from ‘everything somewhere’ to ‘something everywhere’ patterns of consumption.
This transformation means it can sometimes feel like news media has two choices: continue with its traditional way of operation and go out of business quickly, or attempt to adapt and go out of business more slowly.
From ‘something everywhere’ to ‘everything somewhere’
This refers to a way in which the place(s) we get our news have changed thanks to developing technology. In the pre internet age all but the most bullish news follower would settle for subscribing to a single paper. Indeed, this may have been all that was available in their town. Their paper (or later TV evening news show) would have made up the bulk of their daily news diet – it was their window into the world. Having paid for their paper they were most likely to read the whole thing. Even a section they were totally uninterested in, be it sports, the economy, or world news might merit at least a skim on the way to their favourite section. This was the world of the ‘everything somewhere’ media. 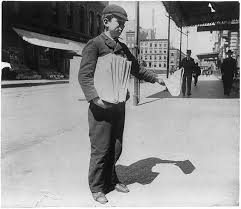 Once upon a time, these boys were our ‘windows to the world’ selling their papers. Source: Google Images.

In contrast, today we have an ‘everything somewhere’ model. Just today, the internet has meant, amongst dozens of others I’ve read news from local papers, such as the New Zealand Herald and Dominion Post (via stuff.co.nz), international papers the Guardian, the Washington Post and even the Moscow Times, technical publications, such as Telematics Wire (from India) and Aviation Week. This is alongside numerous blogs, web forums and press releases. I’m far less loyal to any one outlet, and tend to use content aggregators, filtering by what the story is about, rather than who is producing it.
A similar change occurred following the roll out of satellite television in the 1990s. Gone were the days of one or two channels, both of which played the evening TV news at the same time. now people were free to watch other programmes, if they wanted, during the prime-time slot, rather than choosing which news channel to watch. This has only grown more pronounced with the rise of the internet and digital video consumption. many people, myself included, no longer feel the need to own a television at all. Narrowcasting is beginning to replace broadcasting on a wider scale. 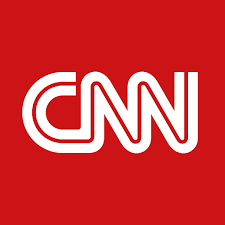 CNN (Cable News Network) was a pioneer in satelite news television, a phenomenon that has changed broadcast news is collected and delivered. (Source: CNN)

This puts pressure on news outlets because it creates a new relationship between media, audience and advertising. Advertising has long been the primary revenue stream of most mainstream news publications. The format of traditional outlets seems almost tailor made to help present advertising as the audience consumes them. In a print newspaper (or TV news show) the audience tends to proceed through the content in an orderly fashion, from start to finish like a story. Even if you are just flicking through a paper (or have the TV news on in the background), a particularly eye-catching ad might snare your attention – this is a valuable opportunity for advertisers.
In contrast, internet pages are laid out less like a story, and more like their namesake web. There is no way to predict how a reader might navigate them. The home page also means readers can jump to the story they are interested in straight away – even if that story is on a different web-site. This means more of a fight to get an audience to see all the adverts, which means any given advertising space is less valuable.
This is where we start to see click-bait journalism. In an effort to get their audience to stay on their outlet, rather than switching to another, news outlets often pepper their pages with a range of salacious articles. 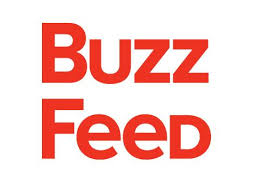 Buzzfeed has become known as the ‘home’ of click-bait journalism. Source: Buzzfeed.

The transformative nature of search engines
In the dark ages before the internet, newspapers provided not only the news as we now think of it, but also valuable information for peoples’ day to day lives. Before Seek, Monster and other job sites (including jobsite.com), the now-neglected classified pages were one of the few ways to find out about any local employment opportunities. Similarly, adverts provided some of the only information provided about products and services. In this way, a win-win-win relationship was set up, where advertisers paid media to reach consumers, and consumers paid (a nominal fee) to learn about what products and services were available. The media could reap the profit of being the middleman.
Now however, the middleman role has been taken up by search engines. While newspaper readers had to manually search for the information they wanted (if it was even there), potentially exposing themselves to other adverts in the process, a quick Google allows them to drill down to precisely what they’re looking for. It’s a much more efficient process for the consumer, but the inefficiency of older methods helped prop up newspapers. 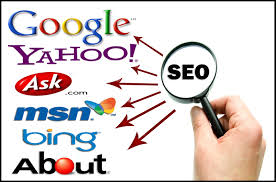 Search Engines have ultimatley allowed greater efficency for the average person in finding information, but have seen declines in newspaper revenues that these organisations once depended upon. Source: Google Images.

The removal of this important second-use for newspapers is particularly harmful because they are a news media. studies in the 1960s found that only a very small portion of the US population was interested in the news, but many more would read or watch it if it was available, or ‘nothing else was on’. This meant that even those people who bought the paper for the classifieds, or to keep busy on the train, might absorb the news by osmosis, and in the process help pay for an idealised high quality journalism.
Today, both those who might have bought a newspaper for its other content (comics adverts, classifieds) as well as those who bought it because ‘nothing else was available’ are better served by the vast array of information accessible online via their smartphone. With this ‘silent majority no-longer supporting them, traditional media companies struggle to maintain their audience and justify their advertising charges.
Attempts to stem the loss often lead to a pandering to the lowest common denominator, producing articles about the “sentimental (sad/happy/quaint), sensational (traffic accidents/sex/crime/general mayhem) or celebrity driven“, as Edwards put it.
There are, of course, other reasons for the perceived decline of quality journalism, including industry goals of constantly improving efficiency (leading to more stories being written by unpaid interns, junior staff or bought indiscriminately from wire agencies), misleading growth figures leading to overinvestment in the past (media companies had a habit of growing their market share by purchasing competitors and their audience. It works when there’s dozens of companies to canibalise. It doesn’t when there’s only one or two) and reduced government regulation of content and ownership. However this paradigm shift in the way we interact with media is one of the most important, and I think most interesting, ways that we as consumers are helping shape the media environment to our own detriment