Brisbane, 14th April 2015 (Alochonaa): Scepticism, distrust and uncertainty are the words associated with traditional medicine. The modern laboratory run world today prefers its medicine from an industrial plant rather than from natural plant. But is that a good practice? Some might say, to cater to the growing population, large scale production of these medicines are only the feasible way. However what many fail to comprehend is that most traditional medicine are not medicines as such, they are just a way of life or merely a day to day consumption of certain kinds of food.

Many have heard stories of how people have been cured by traditional medicine when the doctors had given up. For instance, recently many articles have popped up referring papaya leaf extract as a cure for dengue fever. Most traditional medicines are usually linked to a folk lore or a story involving magic and fantasy. Thought the essentiality remains the same, the way in which the information is presented makes people sceptical. Tulasi or commonly called as holy basil, is one linked with many folk lore.] 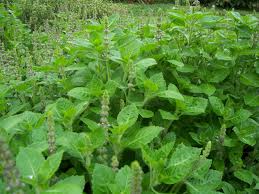 However, it is a potent anti-oxidant containing Eugenol, which is used to protect the heart by maintaining blood pressure. Also, according to the Central Drug Research Institute, Lucknow, India, tulsi helps to maintain the normal levels of the stress hormone – cortisol in the body.  So how come research is not being done to further prove this hypothesis or bring it to the masses?? Where did the curiosity of the scientist go? Well that curiosity to know the truth vanished when capitalism took over the medical industry. If a scientist needs a funding to conduct such an experiment, why would a multi-billion dollar pharmaceutical industry approve it? They are not going to gain anything from it.

They cannot create a drug which is readily available in nature and most importantly they cannot make a monetary profit out of such researches. What annoys me is how certain society views down on traditional medicine. I have to agree, not enough research is conducted on these medicines. But isn’t that the very reason we need to dwell deeper into such blazingly optimistic hypothesis strew all over traditional medicine. Are we all that ignorant that we fail to give an opportunity to traditional medicine which can be the cure to potentially many diseases with minimal side effects?

If we are moving towards a more healthy society isn’t prevention better than cure? Isn’t incorporation of certain foods from nature to lead a healthy life style better than swallowing packeted pills? I am not belittling modern medicine, however I am asking it to be open to ideas brought from various sector of the society. This way a mutual flow of information and ideas can exists and can have a larger beneficial impact on the society.

*Pradeep Cholan is a B. Biomedical Science (Honours) graduate. He has interests in research and teaching, is currently pursuing his PhD in cardiovascular science. Although from a scientific background, he also has interests in poetry, tennis and swimming.