Libertarian paternalism, governance and society: Are we disconnected from reality?

…being so self-centred and anxious to make our own lives better, faster and easier, we become detached from the dangers and privation that are crippling the rest of the world, so that we forget the fact that we live in the same world as everyone else, not removed from it.

Neo-Islamism as an Emerging Phenomenon

New generations of political parties have emerged in the Middle East and North Africa recently, yet the terminology to describe these parties remains vague. We can categorise some of the new Islamist parties and see similarities in some of the new democratic movements, argues Tarek B Chamkhi.

Are ‘benefit corporations’ the harbinger of progressive change in the economy, or the soft edge of efforts to conserve the legitimacy of capitalism with a few marginal adjustments?

The need to belong to a national group, to identify with its history and culture, is one of the strongest human desires. Yet the link between ethnicity, culture and identity has always been fragile and indirect. As recent controversies over ethnic Albanians in Greece’s symbolic public life show, many people remain unsure of whether nationality is derived from blood or culture and what it means for the nation.

The Conservatives have won. Now Britain’s own union and its EU membership are under question. 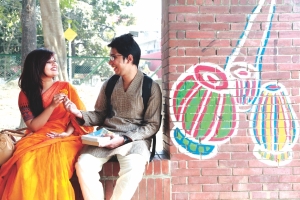 Mubashar Hasan locates the origin of the secular discourse in the “Islamic” Bangladesh.