Limits of Islamism in Contemporary India and Bangladesh

In his new book,Dr. Maidul Islam summarises the history and goals of Islamism on the Indian subcontinent and discusses the ideological underpinnings of Jamaat-e Islami movement of India and Bangladesh. Raising questions about the limits of Islamism and its role as a substitute for the current political system, Maidul Islam brings a nuanced and detailed account of its prospects as an ideological and practical competitor to Western models of society.

Ever wondered what an inclusive global political community would look like? Alochonaa.com editor, Samuel Glen, offers a perspective on the ethical viability of cosmopolitanism that adequately provides for cultural diversity on a global scale. 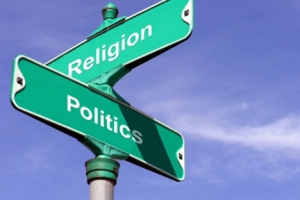 The Interface between Religion and Politics

In this piece, John Kofas analyses the evolution of the ‘New World Order’ since its proclamation 25 years ago.

Is the Middle East on the verge of falling into a catastrophic regional conflict? Martin Zapfe thinks so. As he sees it, there’s more than just the stability of the region at stake – the very concept of the nation-state is at risk in the Arab world.