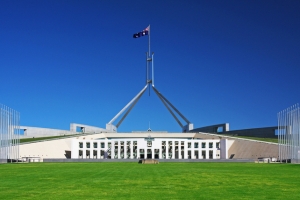 In an irreverent, self-reflective piece about Australian politics, Sean Barry, who recently won the prize for best student referred Paper in Australian Political Studies Association Conference 2015 held in Canberra discusses how the work of a journalist Laura Tingle led him to find connections between her, Amanda Vanstone , Australian politicians and The Simpsons.

The state of Queensland held a state election at the weekend. A conservative government with a huge majority looks to be defeated after a relatively short period in government. This is the second, first-term state government to be rejected in the last few months. The federal Abbott Government has its own developing problems, beset by policy stagnations and despondency about leadership. What is happening in Australian politics and can the Queensland election teach us any lessons about the contemporary electorate in general?