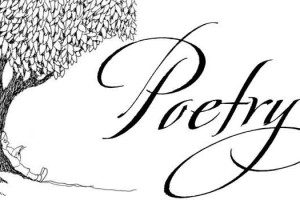 The Poet’s Corner – Poems from Around the World

Three very thought provoking poems, that shed light into the the depths of the human consciousness. A must read for all poetry enthusiasts.

This poet’s corner presents two poems from South Asia. Reshma Parvez writes on India’s political context, as she reflects on the election atmosphere in the lead up to the 2014 election. Albaab Habib writes from Bangladesh and uses the imagery of white stripes to allude to the experiences we pass by on our journey through life, exploring the spirit of youth and vitality.

The Poet’s Corner: In My Father’s House

A powerful poem by a Bangladeshi poet Sadia Arman who by using the biblical notion “in My Father’s House” beautifully demonstrates religious dogma suppressing liberal arts and personal freedom.

A powerful poem by Samuel Hennessy in honour of Waitangi Day (the New Zealand land treaty signed between Maori and Europeans in 1840). The poet highlights New Zealand’s historical grievances & the nations future in the hands of overseas ownership.

Beyond the Lord of The Rings & The Hobbit: Deconstructing my ‘Kiwi’ identity

Samuel J Hennessy*  The screen pans to reveal pastures, lush, exotic and inviting. The world may be torn between good and evil, and a quest which holds the fate of mankind in balance, but what a place to set the end of it all! The saga gathers momentum […]