Locating the Myth of European Nationalism : One Identity in a Diverse Collective

With a current collective of 28 member states, the European Union embodies an innate sense of European nationalism. However, as the author, Mazida Khatun discusses, there is a deep element of doubt in this, particularly from Britain. This is a discussion of one identity in a diverse collective.

Saying Yes to a Normal Scotland

That means making our own policy where it suits Scotland determined by the democratic will of the Scottish people. Scotland will be a partner for peace and security in the World on its own terms. 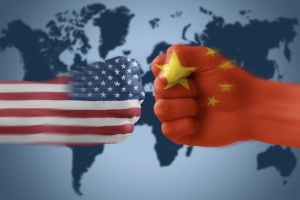 China’s Growing Influence: The Role of its Soft Power

Global public opinion surveys continue to show that China is perceived fairly favorably by large swathes of the world’s populace, from the Asia-Pacific to Africa and Europe. China has garnered cooperation from a diverse group of states in areas such as trade, tourism, education and infrastructure development, and Chinese statesmen are sure to be given a warm welcome in almost any foreign capital. These developments are both causes and effects of Chinese soft power.