Gurdaspur, Pathankot, Uri – What Next?

Siegfried O. Wolf argues that Pakistan has gained the international reputation of being the world’s foremost exporter of Jihadism. While analyzing the causes and consequences of this phenomenon, numerous observers find that there are clear indicators that the Pakistani government is involved in systematic sponsoring of Pakistan based terrorist groups operating in Afghanistan and India. One of the latest dramatic example is the attack on the military base at Uri, a town located in Indian administered state of Jammu & Kashmir. 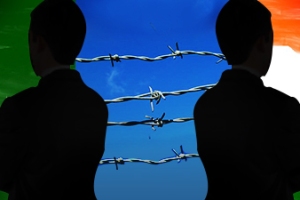 False Equivalency in the “Indo-Pakistan” Dispute

C. Christine Fair argues that “the best way of dealing with the various security challenges in South Asia is by being forthright in identifying them correctly and then adopting appropriate policy responses. Little good can come from denying reality in preference to more convenient narratives that hold India and Pakistan equally responsible for the dangerous situation that obtains in the region.”

Limits of Islamism in Contemporary India and Bangladesh

In his new book,Dr. Maidul Islam summarises the history and goals of Islamism on the Indian subcontinent and discusses the ideological underpinnings of Jamaat-e Islami movement of India and Bangladesh. Raising questions about the limits of Islamism and its role as a substitute for the current political system, Maidul Islam brings a nuanced and detailed account of its prospects as an ideological and practical competitor to Western models of society.

The future of the Shanghai Cooperation Organisation

Before you decide to go for higher study in abroad, you need to have a PURPOSE and you have set your GOAL accordingly. Jobs and career prospects are the things on the mind of every student who graduates from University. In this highly informative piece M Murshed Haider explains the tribulations one needs to go through to attain a niche in their career path, one such trial to achieve this goal is the decision to study overseas.