Islam In America – How Denial Ain’t Just A River

Mohammed Ansar explains how Donald Trump and Ben Carson have failed ‘The Islamophobia Test’ and how American history and John Locke’s influence on the Founding Fathers and US constitution, is inextricably and undeniably, linked to Islam.

In this timely analysis, Simon Leitch investigates the evolution and current state of the ANZUS Treaty and what it means for Australian-American security cooperation.

An interesting trend in filmmaking in the last few decades has been Hollywood’s courting of the Chinese market. This has lead to some interesting changes in what films are getting made, where they’re set, and what they’re saying. Regular Alochonaa contributor Peter Ramage explains… 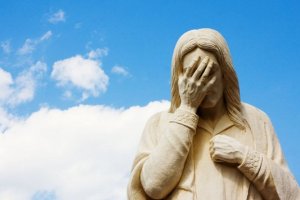 America’s holy alliance is ripping apart at the seams

Do changing societal norms and values minimse the influence religion has on US politics? Research fellow, Joseph Larson, looks at the contemporary relationship between political christianity in the US under the broader context of a growing progressive and liberal base. It does beg the question: can religion be a unifying force across politics, or will it remain divisive in secular America? Read Larson’s post to find out.