After the recent executions of Japanese citizens, Kenji Goto and Haruna Yukawa at the hands of Daesh (also known as ISIS), there has been some diversity in response from Japanese society. Scott Musgrave, Alchohonaa’s East Asia Editor explains.. 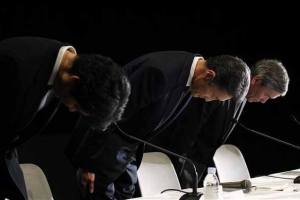 Reform in Corporate Japan: A Demand of Time

Zubair Ahmed proposes the urgent need for Japan to reform its corporate culture, where ‘morale’ and ‘loyalty’ are prized attributes of Japanese employees. Moral ethics take precedence over salary expectations in Japan, and as a result this situates Japan far behind its Western counterparts where employee productivity is most valued. In the view of the author, unless Japan promptly reforms it’s employer-employee relations in terms of salary packing, it is only a matter of time before Japanese employee’s revolt.