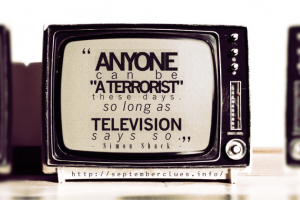 Rudolf Ondrich argues that media reporting on terrorism, far from being unbiased and impartial, helps to propagate elite governmental interests. The result of this is media coverage that wildly distorts the actual factual record. In order to establish his point, Rudolf applies the propaganda model coined in by Edward Herman and Noam Chomesky on three case studies: (a) Israeli attack on Gaza Strip in 2009, (b) US backed genocide in Nicaragua in early 80s and (c) US-led war against Iraq in the aftermath of the 9/11.