Do We Know Why They Hate Us?

Brisbane,  Feburary 16 2015 (Alochonaa): With the latest outbreak of terrorist attacks around the world, especially the violent assault on Charlie Hebdo in France, it is both timely and important to revisit a broader set of intellectual debates sparked by al-Qaeda’s attack on America on September 11, 2001. Not long after these attacks, it became somewhat fashionable to ask why al-Qaeda extremists hate the West. The intellectual left were quick to respond. September 11, according to many, were the ultimate form of “blowback” – revenge for Western injustices perpetrated against the Muslim world. Yet the right were also quick to respond, arguing that it was an attack against our cherished freedoms and liberties. They hate us for who we are, don’t they? Recent attacks such as the one at Charlie Hebdo in France seem to confirm this, as those targeted thought of themselves as apostles of free speech. Truth be told, Islamic militants hate the West for any number of reasons. There comes a point, however, when we should stop searching for explanations. Judge the act, not the motivation.

The attack on Charlie Hebdo in Paris has seen the need for the West to re-ask ourselves the question; ‘Why do they hate us?’ Source: UK Independent

In fact, the recent surge in terrorist attacks should call into question many of the arguments made by Western intellectuals in the aftermath of 9/11, especially in regards to the motivations of the attackers. A number of important points should be made here. First, contrary to much of the conventional wisdom, participants in the 2003 Iraq war have not really increased their vulnerability to international terrorism. This was a favourite line of the anti-war left, but it was little more than anti-war passion masquerading as reasoned analysis. After all, Canada did not involve itself in this war and France was one of the leading opponents of American policy. Yet both countries have been victimized in recent times by Islamic militants. To be sure, the Iraq invasion certainly wasn’t America’s finest moment, but we should be careful about citing alleged “motivations” that make more sense to us than they do to those who carry out terrorist attacks. After all, Osama bin Laden’s biggest grievance against the United States on 9/11 was that there were a few thousand U.S. troops stationed on military bases in Saudi Arabia – troops that went nowhere near the holy sites in Mecca and Medina. For bin Laden, this meagre presence constituted an intolerable occupation justifying the deaths of three thousand innocents. 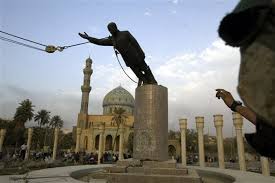 The invasion of Iraq in 2003 was seen as a cause for terrorism by the anti-war left. The recent attacks on Canada and France have shown the falsehoods behind this. Source: News Max

Second, more advanced studies of terrorist motivations were quick to point out that those who carried out terrorist attacks – the so-called “lone wolves” living in the West who fail to integrate – were driven by their feelings of alienation and vicarious suffering. They saw the West doing everything it could to humiliate Muslims around the world. As such, authors have argued, this vanguard of true believers came to identify with the so-called Muslim Ummah and girded themselves for battle in a world where borders meant nothing and holy war meant everything. They either found their way to bin Laden as did the so-called “Hamburg Cell” (the name given to those who piloted the planes on 9/11) or they forged their communities around radical mosques, book shops, or apartments waiting for their chance to strike the West (the London bombers forged their bond around a radical book shop in Leeds). This “bunches of guys” thesis, as some call it, is interesting, but still a little unconvincing. After all, if you feel alienated, you don’t always end up hacking people to death on the streets of London. Again, questions of alienation appeal to Western intellectuals because it is a constant theme in Western literature and philosophy. Yet I still don’t remember any characters in a Walker Percy novel finding their way in the world by developing a penchant for beheadings.

Third, there are those who stress the religious motivation. Conservative scholars and commentators, particularly in the United States today, are eager to see this war as an epic ideological struggle reminiscent of the ones waged against Nazi Germany and Soviet communism. If only Obama would call them “Islamic-fascists” and assert American leadership, so the argument runs, America could then restore a sense of purpose and mission to its foreign policy. Some of this commentary betrays nostalgia for the Cold War and the grand heroic undertakings of what some saw as a “twilight struggle.” Leaving aside the obvious point that America’s enemies today do not come close to commanding the resources of these two twentieth century revolutionary powers, when thinking about the religious motivation, it is worth asking: are the individuals who carry out these attacks truly corrupted because they opened up a holy book, stumbling across a violent passage that they then seek to live out in the here and now? Or is it more likely that there are other deeper, perhaps incomprehensible, factors at play that lead susceptible individuals to embrace religious dogma and use it as the sole justification for their act? Determining cause and effect is a difficult business. Richard Dawkins might think we could live in a more peaceful world if people were disabused of their religious follies, but I am not convinced. 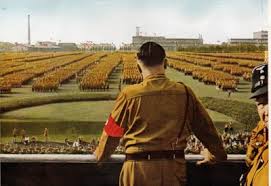 Some commentators wish for current threats to be expressed as openly as what they once were. Source: History Channel

None of this is to suggest that these explanations are without foundation. They all capture elements of the truth, even if they do not explain these acts of violence in their entirety. After all, the policies of Western powers should be judged on their merits in the Middle East. Sometimes they do inflame. European countries also have historically done a poor job integrating their Muslim minorities. These minorities live uncomfortably in countries such as France, feeling no great sense of national loyalty and patriotic attachment in a country that prides itself on its secular identity. Even those who stress the importance of religion make valid claims. After all, those who claim their acts of terror are sanctioned by God, generally engage in more violent forms of terrorism, believing that they are engaged in a cosmic struggle between the forces of good and evil. Religion, it is fair to say, provides the true believers with a language that makes it easier to demonise – and kill – entire categories of people. These are viewed as zero-sum struggles that only end in victory or defeat.

Of course not everyone is convinced of the religious motivations for war and terrorism. Source: Google Images

Yet none of these explanations, I believe, are by themselves capable of explaining how an individual can shoot up a school in Pakistan, shoot young girls in the face for receiving an education, or burn to death foreign pilots. For all the explanations that have been advanced, for all the ways in which scholars and commentators have sought to disentangle the motives of different categories of jihadists since 9/11, there will always remain an inscrutable recess of the soul, I suspect, that is both impenetrable and unknowable. We seek explanations, especially within the intellectual community, because we believe everything has a root cause and is susceptible to a resolution. Of course, it goes without saying that sometimes motivations are clearly visible. For instance, one doesn’t have to endorse the actions of a Palestinian suicide bomber to empathise with their plight. Yet it is difficult to make sense of the carnival of cruelty that characterizes modern Syria and the actions of the Islamic state. Perhaps the endless search for root causes is just as much a part of the post-Enlightenment human condition as are the acts of wickedness for which we wish to account. Perhaps it is an attempt to impose order on the world, giving us some consolation that however despicable the act, there is a logical cause capable of being discovered.

Da’esh may be the latest of the iterations of terrorism to capture global attention, but to ignore the motivations that go behind terror attacks and organisations big or small ultimatley imperils general safety. Source: The Global Dispatches

Yet the search for meaning in these events, as any reader of history knows, is often a frustrating one, producing sharp disagreements and endless opportunities for historical revision. Very rarely does a consensus emerge as these events are liable to be interpreted and reinterpreted according to the needs of the time. Despite these difficulties, I am sure that the world will go on looking for deeper meanings whenever violent acts of terror take place around the world. To some extent, this is healthy. Law enforcement agencies should take these discussions seriously if they are going to succeed in identifying those at risk of radicalization, but these attempts at understanding will also be stalked by a lingering frustration at not having clear cut answers, of not being able to explain. To some extent, it is the “Hitler dilemma” – are we ever able to truly illuminate the causes of mass murder, genocide, terror? Equipped with an unwarranted hubris that is customary amongst many within the academic community, enterprising scholars will continue to burst forth, promising that they have the answers capable of alerting us to why individuals behave the way they do and how we can correctly identify those at risk of committing acts of supreme cruelty. To suggest otherwise, accepting we may not know, is too frightening. As Ron Rosenbaum put it in his close analysis of the Hitler explainers, explanation offers us “protection against having to face not just the inexplicability of horror, but the horror of inexplicability.”