Media: what we expect is not what we get

Wellington, New Zealand, December 7, 2014 (Alochonaa): In 1947, after four years of deliberation, a group of academics made a report which would shape the future of media across the globe. They were part of the Commission on Freedom of the Press, but to history they’re known as the Hutchins Commission.

The key finding of the group kick-started the modern conception of a responsible press. They claimed that the development and ongoing stability of modern society depended on the mass media. This meant that it was necessary, even imperative, to impose certain standards of social responsibility upon our media institutions.

This is the idea that organisations, including corporate media, have a responsibility to work for the benefit of society. Their innovation was to apply these theories to the media, and to do so with the backing of key media figures, such as Henry Luce, publisher of both Time and Life magazines.

At the centre of the Hutchins Commission’s normative conception of the media were five key characteristics required of a free and responsible press:

These five characteristics play a vital part in the media’s ability to act as a proxy for Habermas’ idealised Public Sphere. In this scenario, the media stands in for the rational-critical debate and discussion that was said to exist in the coffeehouses of 18th Century Europe. In our more populous world it is impossible to get everyone together to discuss particularly weighty issues. Instead, that discussion takes place in the media, where rival points of views are set out in articles, op-eds and debates.

Habermas’ concept of the public sphere, and the role that the media is said to play, lies at the heart of modern public media studies. This means the Hutchins Commission’s criteria have dominated the way academics, politicians and the public think about the media. 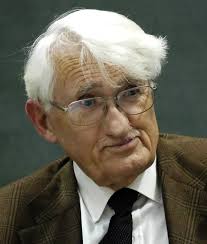 It is telling that system that the Hutchins Commission was intended to remedy was one characterised by increasing monopolisation, helmed by corporate owners unconcerned with the rights or interests of those unlike themselves. This commercialisation promoted a dangerously selfish political culture – a situation eerily reminiscent of that existing in many industrialised states today.

One of the starkest examples is Australia, where every single major newspaper is owned either by NewsCorp (headed by billionaire Fox owner Rupert Murdoch) or Fairfax Media (the largest shareholder of which is Gina Rinehart – another billionaire, whose contempt of the poor has become memetic).

In this context, the media no longer see the characteristics of the Hutchins Commission as necessary, or even worth considering. Commercialisation has completely shifted the value judgments about media. Indeed, barring editorial interference by an owner pushing a political agenda, the sole criteria on which to judge these media outlets is their profitability.

In a recent Nation Business Review, commentator Brian Edwards fires a stinging rebuke at New Zealand’s bestselling newspaper, the New Zealand Herald. In it he alleges they have “transformed from a quality newspaper into little better than a trash tabloid”. But most interesting is his impression of their hypothetical rebuttal:

[The editors] would reply that their circulation figures… tell a different story. In those terms they are extremely successful publications. And they would be right.

Any regard to quality is only important such that it increases sales, and there is no space for long-form, serious, involved analysis of politics, policy or other public affairs. Instead, this process leads to a paper that vacillates between the “sentimental (sad/happy/quaint), sensational (traffic accidents/sex/crime /general mayhem) or celebrity driven.” (Edwards again).

It may even be possible to argue that profitability is the sole criteria we should judge the media by.

Relatively rare exceptions to this commercialisation are media outlets either not run as businesses, or not run for profit. Examples include the Guardian and Observer, both owned entirely by the Scott Trust. In 1992, the Trust identified its central objective as being:

To secure the financial and editorial independence of The Guardian [and Observer] in perpetuity: as a quality national newspaper without party affiliation; remaining faithful to its liberal tradition…

A similar arrangement exists with the family trusts behind the Daily Mail, New York Times, Wall Street Journal and Washington Post. Academic and media consultant Gavin Ellis, in his book Trust Ownership and the Future of News: Media Moguls and White Knights, argues that the use of such trustee ownership is key to sustaining the forms of journalism envisaged by the Hutchins Commission, because it helps insulate from commercial pressures.

It is these sorts of outlets that risk arrest, repression and state sponsored vandalism to break stories of public importance such as Snowden’s revelations about NSA spying. The Guardian was later forced by the UK government to “destroy all hard disks and computers on UK soil which contained information with the Snowden files”. Such an approach contrasts sharply with the experience of French Magazine Closer, which risked public outrage, legal actions and even criminal charges, but in their case to publish lewd images of the Duchess of Cambridge.

There is also, of course, those media outlets explicitly based on the Hutchins Commission’s requirements, using a ‘public service broadcasting’ model. Examples include many non-commercial state broadcasters such as the BBC in Britain, ABC in Australia, PBS in America and arguably Al Jazeera in Doha.

One particular weakness of state funded public service broadcasters is that they may be co-opted by the state or Government which owns them. The extent to which this occurs in practice is often a target for partisan debate and public scepticism. The suspicion of broadcasters’ perceived bias, and the debates that often surround it, sometimes threaten to undermine Public Service Broadcasting’s ability to serve as proxy for the Public Sphere.

ABC in Australia, like many public broadcasters is important to a viable democratic process and adequate journalism to uphold that process. Source: Google Images.

Everyone is aware of the dangers of state censorship. The risks of commercial censorship are less understood however. The risk of running upon the Scylla of the State must always be weighed against the Charybdis of the commercial whirlpool.

We must also be aware of how such conglomerates may be willing, even eager, to encourage our baser demands for sentiment, sensation and celebrity. Such fascinations, so matter how seriously presented are not news; they are at best entertainment wearing a dress of newsprint. Real news strives to fulfil the demands of the Hutchins Commission: to inform and engage its readers about matters of national or international importance. It is this we should reward, not the tabloid profusion of the celebrity-chasers.